For 2023, Nissan is making several modifications to its Altima mid-size sedan. The images reveal an even sportier and more modern appearance, but there are also several changes inside.

Find out more about the new features and characteristics of the 2023 Nissan Altima, including its style, technologies, interior and engine.

At first glance, you’ll notice that the new Altima has changed significantly since its last model year. Its front-end styling has been reworked with an all-new outlook. Its V-Motion grille widens and extends to the bottom of the car; with SR versions, the grille has a distinctive black chrome finish.

At its center we find the new Nissan logo. By the way, what does Nissan mean in Japanese? While the name is simply a contraction of the first letters of “Nihon Sangyo”, the logo is mainly what interests us. It represents a sunrise, symbolizing modernity and creativity.

The Altima retains the aggressive shape of the headlights, but they shifted to LED headlights as standard across the range. It also added:

All in all, the new Altima is sportier and more aggressive than ever with this new model. 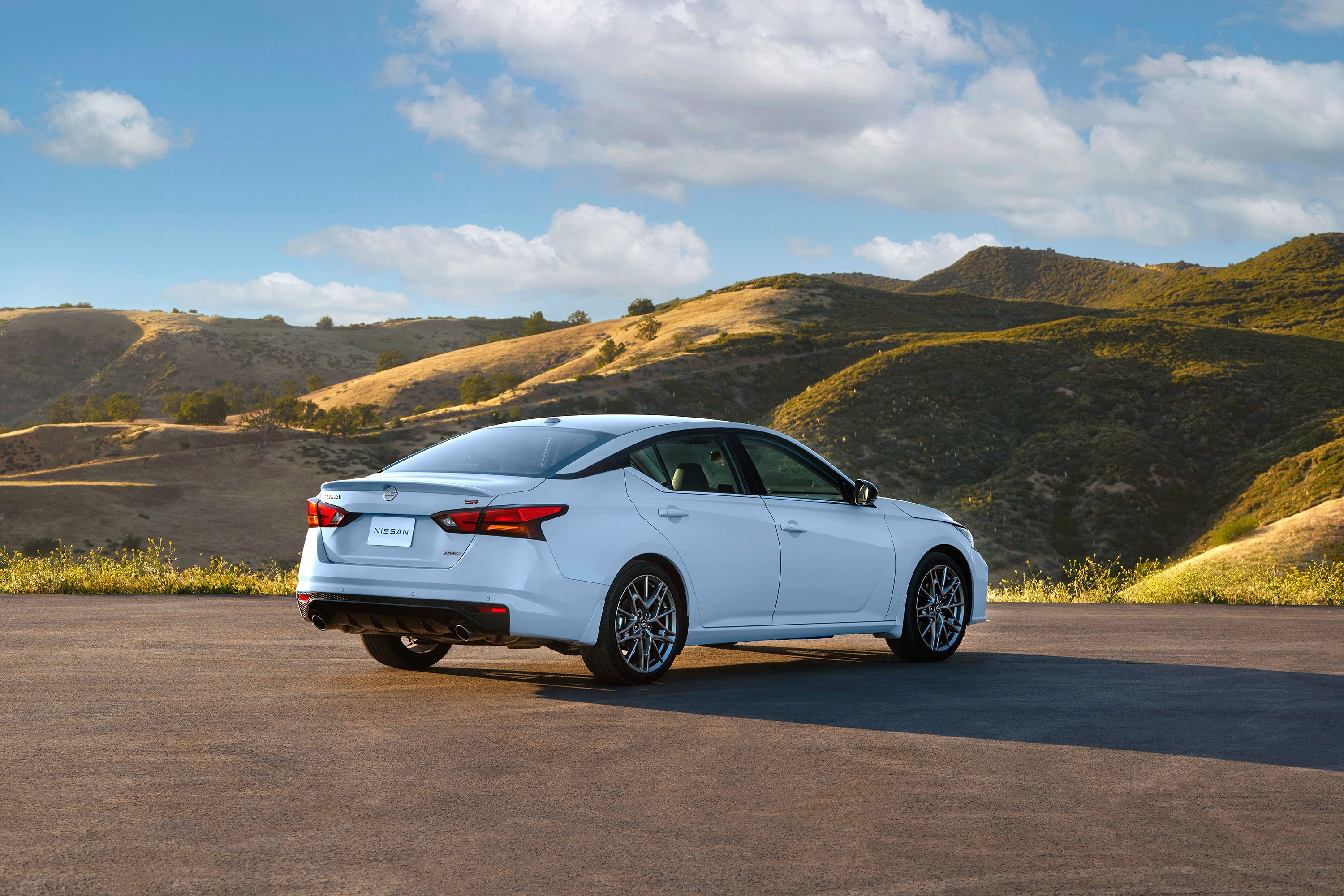 The changes are not limited to the exterior, since you’ll discover several new features when you open the doors of the sedan, particularly in terms of technology.

An all-new multimedia system floats in the middle of the dashboard, a 12.3-inch screen with improved graphics quality. It’s the same system found in some SUVs, offering faster response and a more modern platform. Apple CarPlay and Android Auto can connect to it wirelessly! As a reminder, the Altima 2022 was equipped with an 8-inch screen.

With the SR and Platinum trims, we add as standard:

In terms of technology, driving assistance has also been improved: the ProPILOT system is now available on the Altima SR version. It’s an advanced semi-autonomous driving system that locates the lines on the road so you can drive without having to intervene.

Nissan’s 360-degree Safety Shield is standard on all versions of the car. It continues to warn you of potential collisions to the front, rear and sides of your vehicle, as well as pedestrian detection.

Sedan with a Comfortable Interior

It’s not just the technology that’s evolving in the Altima; the design and fit and finish have also been reworked. According to Austin Irwin and Eric Stafford, journalists for Car and Driver:

“Interior materials vary among trim levels, but everything is a significant improvement compared with the previous-generation Altima.”

In particular, the SR version benefits from a new design with a double-stitched fabric. The dashboard also includes new finishes with a more modern feel.

Winning features like Nissan’s Zero Gravity seats, known for their optimal support and comfort thanks to their dual-density foam, are retained. As an option, you can enjoy leather seats and 8-way power adjustment for the driver’s seat. 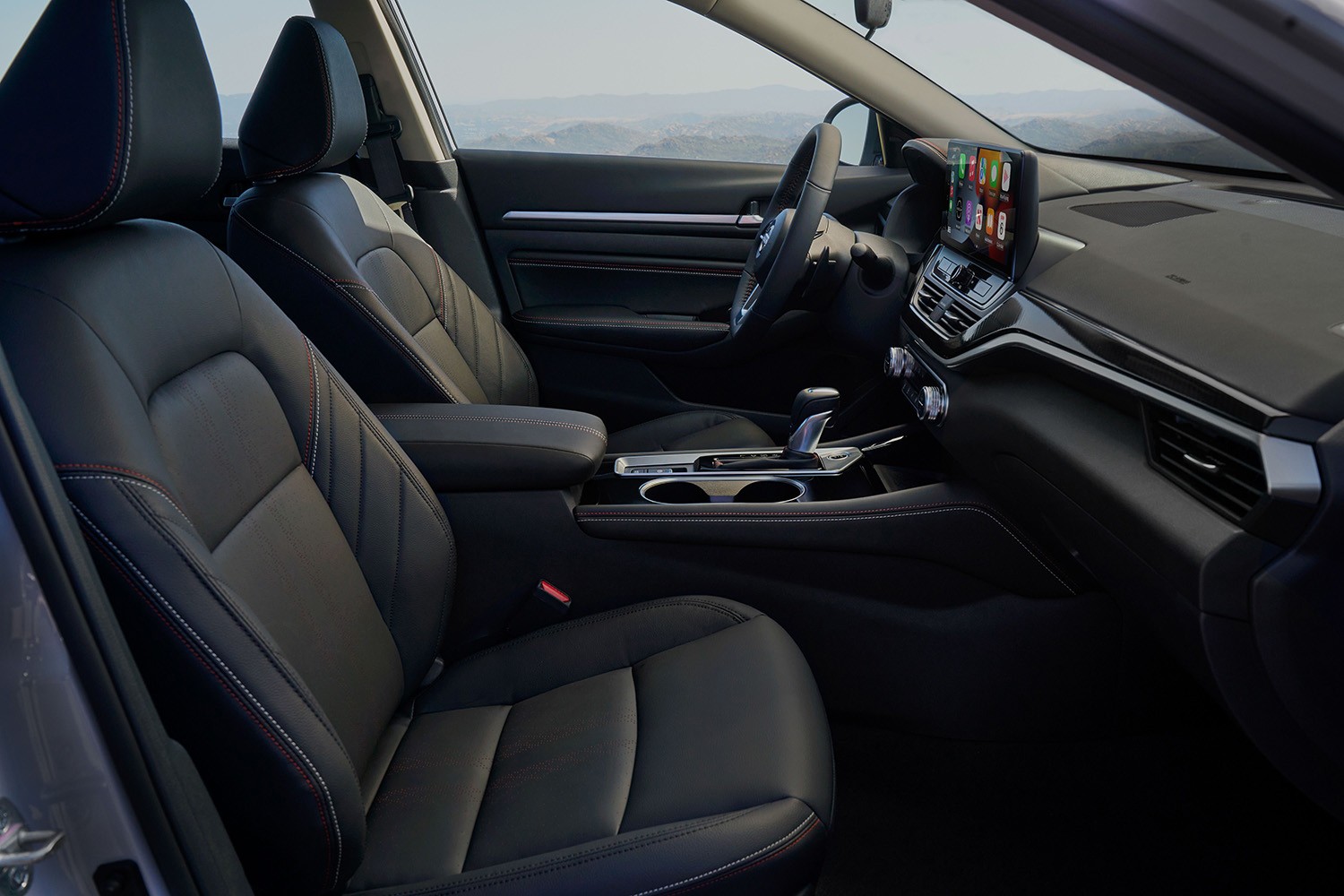 The new model year returns with a familiar and proven engine: the 2.5L 4-cylinder engine. This engine develops 182 horsepower and 178 lb-ft of torque.

What’s even more interesting than its engine is its standard all-wheel drive, a feature that few rivals can boast of offering. With the Nissan Altima, you can drive with confidence in winter conditions or on wet roads.

That doesn’t mean the car is greedy at the pump, quite the contrary. Here’s how its fuel consumption figures, according to 2022 data:

While waiting for the arrival of the new 2023 Altima, discover the inventory of your used car dealer for sale in Lac-Saint-Jean, near Saint-Bruno, the Alma Nissan team!